MODELLING AND MOULDS: WHERE IT ALL BEGINS

The term modelling encompasses two parts of the production process, both the creation of the mould itself (still made of plaster, to this day), and the “first mould” (the terms used in the industry). The subsequent moulding then covers the entire production process of reproducing the first mould. These initial moulds are now often made from resin, which has a much longer lifespan than the traditional plaster, which is much more fragile. 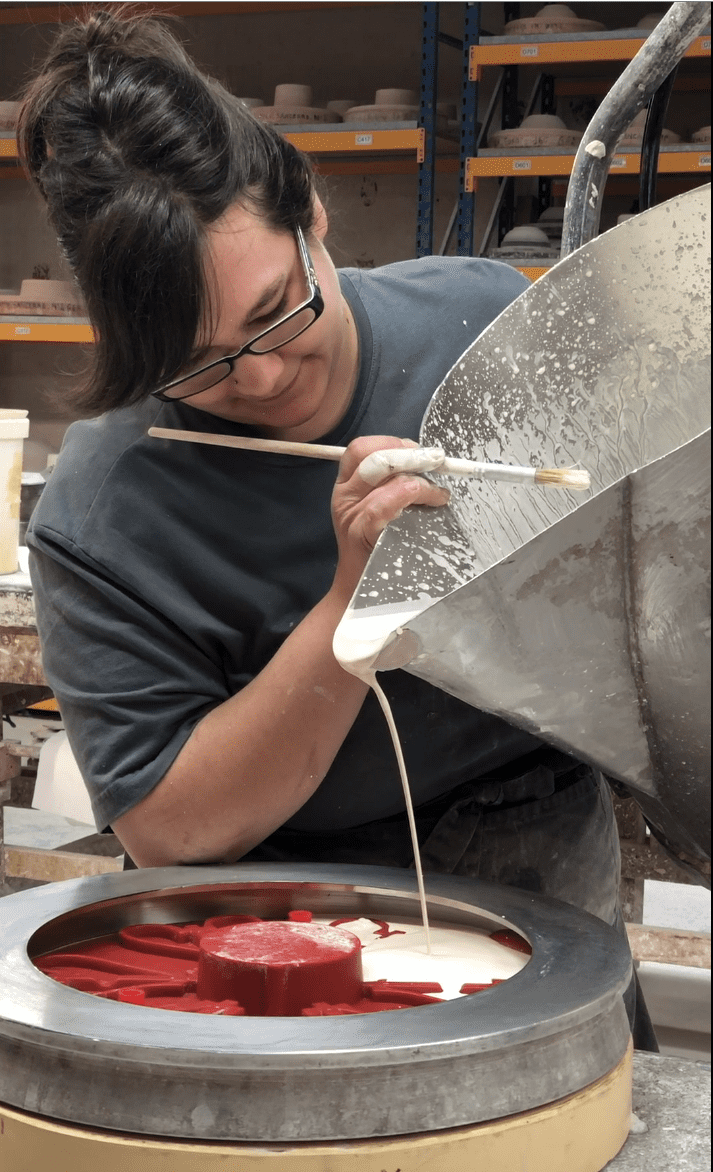 The model is always designed 14-16% larger than life, depending on the clay used to produce the final piece. When fired, the clay will always shrink. The design must also take into consideration any deformations in the most sensitive parts of the piece: curved parts, and those near spouts and handles, for example. The design is then handed over to the modeller. This is the person who will then “throw” the plaster piece (for pieces produced on the wheel), form it if it is a dish, or simply carve the spout or handle out of a piece of plaster. Whether on the wheel or on the counter, the model will take its definitive shape. The craftsmen and women will decide how the part will be manufactured and the first mould will see the light of day. This first mould will either feature the external surface of the piece (for teapots, pots, jugs, terrine moulds, cups and salad bowls), both the internal and external surfaces (for certain dishes), or even just the internal surface (for plates, saucers, etc.).

This last part of the process, reproducing (“casting”) the moulds, is the focus of the company’s first production workshop. We still use plaster here, for this last operation, because its porosity and drying qualities help absorb the water in the clay. One mould, depending on the shaping process used, is generally good for the production of 60 to 120 pieces. After this, it is scrapped.

A question, a remark, an opinion ... do not hesitate to contact us. Our team will answer you as soon as possible.